Last week, as the country marked the 75th anniversary of VE Day, Merkland Tank were on site at Glasgow Science Centre’s North Quay to carry out tank cleaning works on the iconic TS Queen Mary.

Our specialist confined space team were required to clean out the aft peak tank and her no.6 bilge space – full of sludge and oil, almost certainly from the ship’s operational days – in order to ready them for laser scanning.

We return to site this week to clean out the ship’s no.5 bilge space and her fore peak tank. Once these are are cleaned out, the team at Brookes Bell will survey inside the tanks using state-of-the-art laser technology. 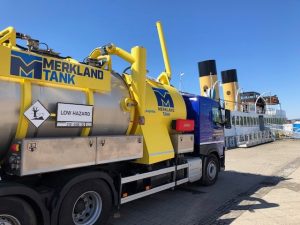 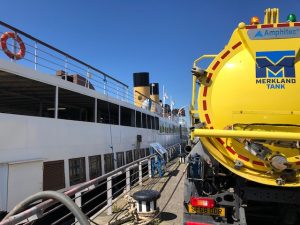 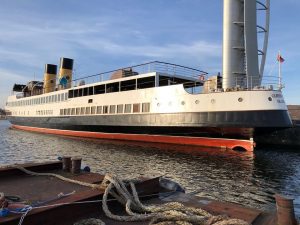 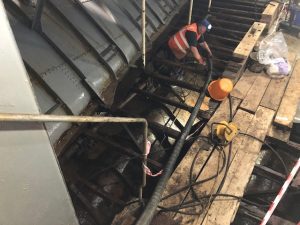 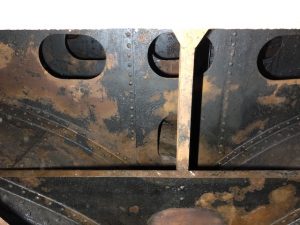 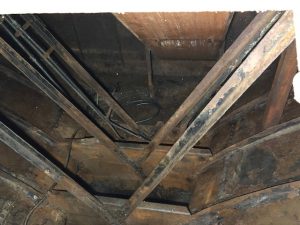 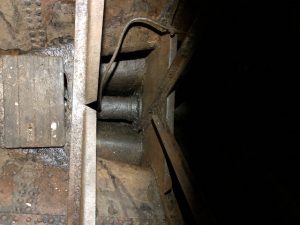 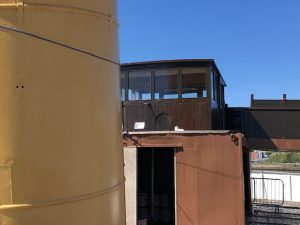 About the TS Queen Mary

TS Queen Mary is a British icon. She was built in 1933 by the world famous shipyard William Denny and Brothers, for Williamson Buchanan Steamers. The 252 ft “pocket liner” is the original “Queen Mary”, giving up her name in 1934 in deference to Cunard’s new liner (becoming TS Queen Mary II) before reclaiming it in 1976.

She is the largest and most luxurious steamship ever built to serve Glasgow and the west of Scotland, and in that role she carried 13,000 passengers each week. During WW2 she maintained lifeline services on the Clyde. She carried Her Majesty Queen Elizabeth (the Queen Mother), Her Majesty The Queen (then the Princess Elizabeth), the Princess Margaret and Mrs Eleanor Roosevelt.

After her retirement she was relocated to London and served the community there from 1987 until 2009.
She is now the last of her kind in the world and is listed in the Core 40 fleet of the UK’s National Historic Ship register, as a ship of national pre-eminence.

In 2015, the charity, Friends of TS Queen Mary, rescued TS Queen Mary from a dockyard in London and towed her over 700 nautical miles home to the Clyde, in order to restore her and open her to the public. The charity’s vision is to restore TS Queen Mary and re-open her at Glasgow Science Centre as a heritage destination and education/training centre, where an estimated 150,000 people each year will visit her.

Further information about the ship can be found on the charity website.

Call us today, our experts are on hand to help.

Authorised and regulated. All our engineers are fully qualified and accredited.